Clear signs of use.

A Tillytec battery lamp is sold because of system change.

Lamp is around 7-8 years old, batteries were replaced 2 years ago and charged about 40 times since then. Burn duration >6 hours longer I did not want to test to avoid deep discharge.

Usual traces of use are present, but are kept within limits (has always been treated with care)

Shipping possible (DHL for 5,99EUR), pick-up (and also a test TG) in Duisburg desired!
Private sale, therefore no invoice, no warranty, no return!

Diving lamp of the company Tschur Langen. Charger attached. Burns with 30 watts Brine for 1 hour. Additional reflector. So has a wide radiator and spot spotlight, which is easy to replace. Replacement bulbs attached. Pressed down to 100 m. 40 plus Shipping costs

CLEAN, WELL MAINTAINED AND IMMEDIATELY READY FOR USE as it should be :-)

All lung machines, regulators, dive computers and diving equipment can be mounted on a filled 12 Lt bottle and tried out :-D

4x NEW Atomic Aquatics T2 (Titanium) as a complete set with a T1 (Titanium) Octopus, a NEUwertigen 3er konsole (Finimeter, Depth Gauge & Compass) & NEUwertiger Inflatorschlauch for ONLY 999 EUR or without 3 series console for ONLY 949 EUR.

It will be cheaper in price if you want to do without some things on the set, because you do not need it or do not want it...

1x Finimeter with high-pressure hose for ONLY 49 EUR

I offer a Light monkey (formerly Salvo) lamp 21 W LED; 5.2 Ah. The lamp has always served me well, especially when cave diving. It has a very good spot of 6°. The mileage is 2.5 hours. The lamp is ten years old, the LiPo battery was changed once.

I sell them because I've been switching to a non-wired hand lamp for several years.

I offer an Aton lamp head and a Warp 45 lamp head for sale. However, the Warp 45 has a wobbly contact in the EO cord. For the Aton I would like to have 200EUR and for the Warp 150EUR. Since private purchase there is no warranty and or guarantee.

CLEAN, WELL MAINTAINED AND IMMEDIATELY READY FOR USE as it should be :-)

All lung machines, regulators, dive computers and diving equipment can be mounted on a filled 12 Lt bottle and tried out :-D

Light Monkey 21W HID lamp head with e/o connection.
Very reliable, uncomplicated device in the proven test tube design.
On the Balast a bit more compact, but otherwise identical to the Halcyon Explorer.
Narrow spot with light corona in the finest white daylight.
Approx. 40-50 TG.
Normal signs of use, no defects or damage. Burner and reflector are in very good condition.

179EUR
Shipping with DHL for + 4,99EUR
Test and pick-up in Munich possible.
Private sale. No warranty or return.

If you are interested, please send an email with a asking price

Only the lamp without yellow marking.

Battery tank lamp Thor REV2.0 with battery tank T14 and E/O cords.
After a few dives I decided on the Halcyon Focus 2.0 and therefore sell the Thor.
Optionally, the lamp head and battery tank can also be sold individually.

Shipping with Hermes is possible.
Payment by cash on collection or bank transfer or PayPal possible.

I sell a lamp head LED from AGIR with E/O Cord.
The performance is unfortunately not known.
I bought the head as a replacement in case my lamp head fails.
With the lamp head I only did a few dives.

Shipping with Hermes or DHL is possible.

NEW!! To give up because I am interested in another
Variant have decided. Softer
Carrying handle, suitable for left and right hand.
The Goodman is universal in size
adjustable, also suitable for
Dry diving gloves.

I offer my tank lamp for sale.

It is a Halcyon battery tank with a replacement battery from Akkuman. The heat sensor has not been reconnected so it cannot be charged with the original Halcyon charger.

I enclose the Halcyon charger. Whether it still works I can not say. LEDs are lit.

Data of the MOD Warp 45 please google 😊 . I liked to immerse them in caves as a main lamp. See good bright spot. At 12V approx. 12 watts of power.

Attention! No automatic shutdown in case of undervoltage.

VHB no shipping, only pick up in Moers

For 55,-EUR plus shipping

Handle and adapter
Handle for comfortable carrying of the Maxi uni. Lamp can
with the handle in the abdominal belt of the
Jackets can be pushed. For fastening
of the handle on the Maxi uni is the
Adapter required for the handle.
Never used
30 EUR VB

With you strongest there is.

New, no dive. Unfortunately no longer usable due to health problems.

In original bag. With accessories without charger.

You are also welcome to make me a realistic offer.

If you are interested, please send me an email with a telephone number - I will be happy to contact you.

Sale under exclusion of any liability and warranty of private. No return or complaint.

Private sale - no return - no guarantee!
The sale is made to the exclusion of any material defects.
Payment via PayPal and shipping possible for a fee.

Battery tank dive light for sale because of hobby resolution. The lamp has 40w and is ideal for technical diving. A second cord for a heated underswing is mounted on the battery tank. The battery tank has 25Ah the haisse with lmape and heating underwear it lasts for almost an hour. The lamp also has a display that makes the battery level visible by means of Led.

Hello, sell here a battery tank lamp from Hartenberger. The lamp has an NMH battery with 12V/9Ah and two halogen burners with 50W each. This tank lamp is a special model on which HARTENBERGER has installed special wet plug connections on the tank and burners that allow the electrical connections to be disconnected and reconnected even under water. Waterproof up to 100m. The tank has two outlets that have separate electronic power controls. Switchable in 6 levels: Off, 25%, 50%, 75%, 100%, Off. SOS function possible thanks to special switching combination on both outlets. Robust rotary switches with large shift knobs that can be easily operated even with thick winter gloves. One line 100cm the other 140cm. Lamp has received a major factory overhaul in 2020 in which all connectors, cables, contacts, seals and the battery were submerged. After that, the lamp has not yet received 10 hours of operation. Audit invoice is enclosed. Original price of the lamp 1200Euro. Lamp is fully functional and ready for immediate use. Condition and scope of delivery see pictures. Price is negotiable and incl. shipping. PayPal or bank transfer are possible. Sale excluding any warranty, guarantee or return. No interest in bartering, have already all mobile phones, computers or carpets. Take a look at my other offers. Maybe there is something for you. For info PN. Price: 380 Euro.

If you have any questions, please do not hesitate to contact us!

Offer a used fully functional 24Watt HID lamp head from YellowDiving with E/O cord. Condition see pictures. The lamp head has one or the other scratch from use.

Sale of private, no guarantee, no warranty, no return.

2 submersible lamps, both still lit when the charging cable is connected.

Sale as DEFEKT, because both are drunk. (too deep submerged--47 meters was probably too violent)

Sell lamp head Oceanex Sunbeam with 30 Watt LED, Goodman Handle, E/O Cord, etc. Normal traces of use, but works perfectly. Works with pretty much any input voltage from 6 to 16V, exact information can be found at the manufacturer under https://www.oceanex.de/media/pdf/04/19/c7/Handbuch-Oceanex-sunbeam-V3-0_V1-0.pdf.

Private sale without warranty and return. Pick up in Munich or shipping.

It is, of course, dense! The two batteries are not new and no longer have the full capacity.

I used him with a heating vest. has made 45min warm.

Should therefore last much longer with lamp.

Private sale: No guarantee or redemption.

Anyone who knows Tillytec knows that these lamps are indestructible

Small, light and yet comfortable and bright.

The Tyra Pro was my backup lamp and was never in the water.

I offer the long battery tube from Tillytec.

The short tube is also available in another advertisement.

I offer the short battery tube from Tillytec.

The long pipe is also available in another advertisement.

Pick up or plus postage

Pick up by yourself or plus postage

The head is in top condition. Was my replacement lamp. Burner as good as new.

LIGHT FOR ME 7XPE

Battery tank was my spare tank

Sell Accutank from MB_Sub with charger the batteries ( Accupack ) must be renewed.

Price 120 Euro plus shipping or collection

I sell my little used Tillytec LED2000 video lights.
If you dive, you know Tillytec!

Tillytec lamps are characterized by high luminous fluxes and well thought-out concepts. In addition, one can speak of excellent customer service, in which his old batteries / lamp heads are upgraded to the latest technology at any time for an extra charge.
The lamps are in very good condition and provide plenty of light for photo and video applications.

The holders can be purchased if required.

A pick-up in Bamberg or shipping against reimbursement is possible.

As a private seller, I sell all items without the legal warranty. There is no possibility of exchange and/or return. The goods are sold "as seen".

I bought the lamp for my friend, but he had bought another one at the same time.

Since private sale no return or warranty.

The sale is made as a private sale. No warranty and/or guarantee. Exchange or return excluded.

Since we no longer dive for health reasons, we offer this dive light for sale.

The magnetic rotary switch is made of black polyamide.

The lamp can be equipped with bulbs from 10 to 50 watts. It has an electronic deep discharge protection.

An SMC Power Charger is part of the lamp and allows maximum charging power.

The lamp is used. Technically, it is fully functional. The battery keeps the voltage for two years or more when not in use.

The weight of the lamp is 4.5 KG. This saves lead during dives. The lamp can be hooked to the diving jacket closure.

Due to the weight, 10,50EUR shipping costs are added.

A second Variolight is also for sale for 150.00EUR.

This can only be switched with the magnetic switch "On - Off". Otherwise, it has the same data.

If you have any questions, please do not hesitate to contact me

The lamp we had was unfortunately no longer worth repairing, economic total loss.

Here is the data from Hartenberger:

These chargers with wide voltage input, designed according to the latest findings of electronics, automatically process mains voltages between 100V and 250V! (no mechanical switching).
A patented adapter-plug system allows it to be used on all common mains sockets in the world.
An electronic protection circuit detects overloads due to strong fluctuations in the mains voltage and high ambient temperatures.

The continuous evaluation of the optimal charging characteristic curve is carried out by a microprocessor during the breaks of the charging pulses. Constant monitoring ensures a gentle charge of the battery. After the full charge is switched to a pulsating trickle charging current.
All functional states of the charger are indicated by a light-emitting diode.

The LG off-shore I/12 is designed for all battery bays with 10 and 12 cells (nickel-cadmium and nickel-metal hydride) manufactured by us.
The charging current is about 1 ampere.

The weight of the charger is only about 200 grams.

add an adapter for the lamps with old DIN plug !

Documentation of the review I am happy to add on request

The sale is made to the exclusion of any material defects
Liability for malice and intent as well as for damages for bodily injury as well as for gross negligence or intent remains unaffected.

Payment for shipping by PayPal or bank transfer possible, I ship insured with DHL

I do not allow myself to answer "absurd" price expectations. 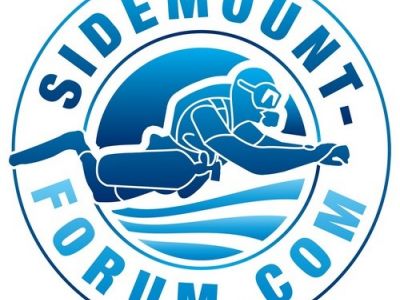